Amidst a climate crisis, as a low-carbon, renewable material, timber offers some clear answers on how to decarbonise our built environment.This has been recognised independently by the likes of the United Nations, the European Union, the Royal Society, the World Wildlife Foundation, the UK Climate Change Committee, and recently the Environmental Audit Committee.With engineered timber alternatives to high carbon materials such as concrete quickly becoming more widely used and accepted, from CLT to glulam, it is unsurprising recently to see that entrenched interests are seeking to dig in their heels and push back against the scientific consensus.This has been particularly pronounced in the last week with a report from BAR seeking to discredit the environmental credentials of CLT, along with a report from the ‘Carbon Accounting 4 Building Materials’ – a thinly veiled lobby group from a range of concrete associations across Europe – in a “peer-reviewed study” they commissioned from LBPSight, a private Dutch consultancy.Usually, we don’t engage with these kinds of reports, even as they seem to be coming out of the concrete industry with increasing frequency. It feels similar to the early 2000s when news channels would give climate deniers and lobbyists oxygen even as the scientific consensus was clear around climate change.We would rather focus our efforts and support on working towards true solutions to the climate crisis. However, we need to straighten out the facts and – together as the timber industry – call out the lies. It was less than a month ago that the concrete industry was called out in Buildings & Cities for their inaccurate claims, so this week has been disappointing, to say the least.It should be clear to readers that these recent reports are based on misconceptions or outdated stereotypes about the modern timber industry, which is technologically advanced and creates sustainable, healthy and safe communities for the benefit of society.There are 271 scientifically rigorous and truly blind peer-reviewed journal articles on the carbon capture benefits of mass timber systems available on Science Direct.Instead of addressing this evidence, these latest studies commissioned by the aggregate lobby put forward falsehoods. They state that ‘most wood products are not recycled’, even as independent data suggests that less than 1% of waste wood ends up in a landfill. Instead, the vast majority of wood is reused or converted into secondary products.They make assertions about the ‘uncertainty’ of forest resources, without acknowledging that forests across Europe are growing. They have expanded by 90,000 square kilometres between 1990 and 2015 – an area roughly the size of Portugal –– thanks to sustainable forest management. This approach has meant the volume of wood and the weight of carbon stored in the biomass of European forests has grown by 50% over the last 30 years. All while the timber industry has increased outputs.Instead of talking to the science, both of the reports aim to inject uncertainty into the market by imagining scenarios where timbers’ carbon performance would be impacted – where trees are harvested and not replaced, or old growth forests are harvested – all the while ignoring market realities, hard data, or the modern forestry practices which are in place preventing all these outcomes.No room is given to analyse the impact of renewable vs non-renewable materials or even the pro-certification procurement policies in those states which are increasing timber construction.It’s the last gasp of an industry with a high carbon addiction trying to prevent the growth of sustainable alternatives. It simply isn’t helpful in creating a more sustainable construction industry.After all, concrete will continue to be in high demand. It is the second most consumed material on the planet after water and is currently responsible for at least 8% of global carbon emissions.We need to find ways to minimise its impact – and yes, this includes using less concrete – and to start using low-carbon substitute materials such as timber. This is not music to the ears of those with entrenched interests, and I expect we will find in the future there are more of these types of reports.However, we would suggest that concrete industry resources would be better spent on finding ways to minimise their own environmental impact – including overcoming their destructive addiction to dredging rivers and seabeds for sand, or consuming vast amounts of water and energy.Within the sustainable timber supply chain, we don’t feel any need to commission expensive reports seeking to discredit the concrete industry. There is already vast amounts of scientific evidence out there highlighting the damage which it causes.Instead, we will continue to support the industry to better measure, and regulate carbon impacts, through the likes of policies such as Part Z.In a world where we properly account for carbon, we have no concerns that our products won’t be able to compete.Have a great week all.

The global timber market is changing at an unprecedented pace. Our industry is being asked to consider the environmental and social credentials of timber more frequently and in greater detail than ever before.Oliver Combe of Timber Auctions UK is one of those attempting to drive this change, by partnering with TDUK member Mere Plantations to bring sustainably grown plantation Teak to the UK market.

Wood Awards 2022There are just two weeks to go until the Wood Awards 2022 entries close!The Wood Awards is the UK’s premier competition for excellence in architecture and product design in wood. For more than 50 years the Awards has recognised, encouraged and promoted outstanding wood design, craftsmanship and installation, and the call for entries for the 2022 competition is now open. Could you be a winner?

Coniferous Plywood QuotaUK Importers have access to a duty-free quota of 167,352m³ of coniferous plywood to be imported into the UK and Northern Ireland, after which 6% duty will be applied. Amount remaining: 406m³Percentage remaining: 0.24% 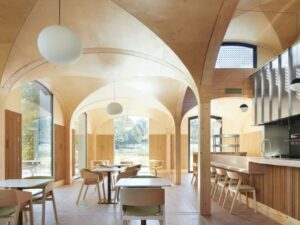 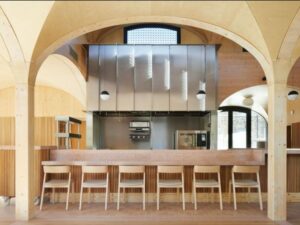 Wildernesse Restaurant is a timber-vaulted, metal-skinned shared dining space for a new retirement community. The site is within the Wildernesse Conservation Area and adjacent to a grade II listed building.During the 19th century, a conservatory sat to the northeast corner of the grade II listed mansion. The new restaurant aims to reinstate this pavilion typology, creating an exquisite dining space with the transparency of a traditional glasshouse. Internally, CLT arches sit atop a grid of glulam columns. The arches define large glazed openings and a central elevated lantern houses the open kitchen – creating a space filled with light and expansive views across the estate.

Learn directly from the architects and multidisciplinary teams behind four incredible projects, as selected from winners of the Wood Awards 2021, in a new online series.13 July – Wooden Annex14 September – Built Pavilion 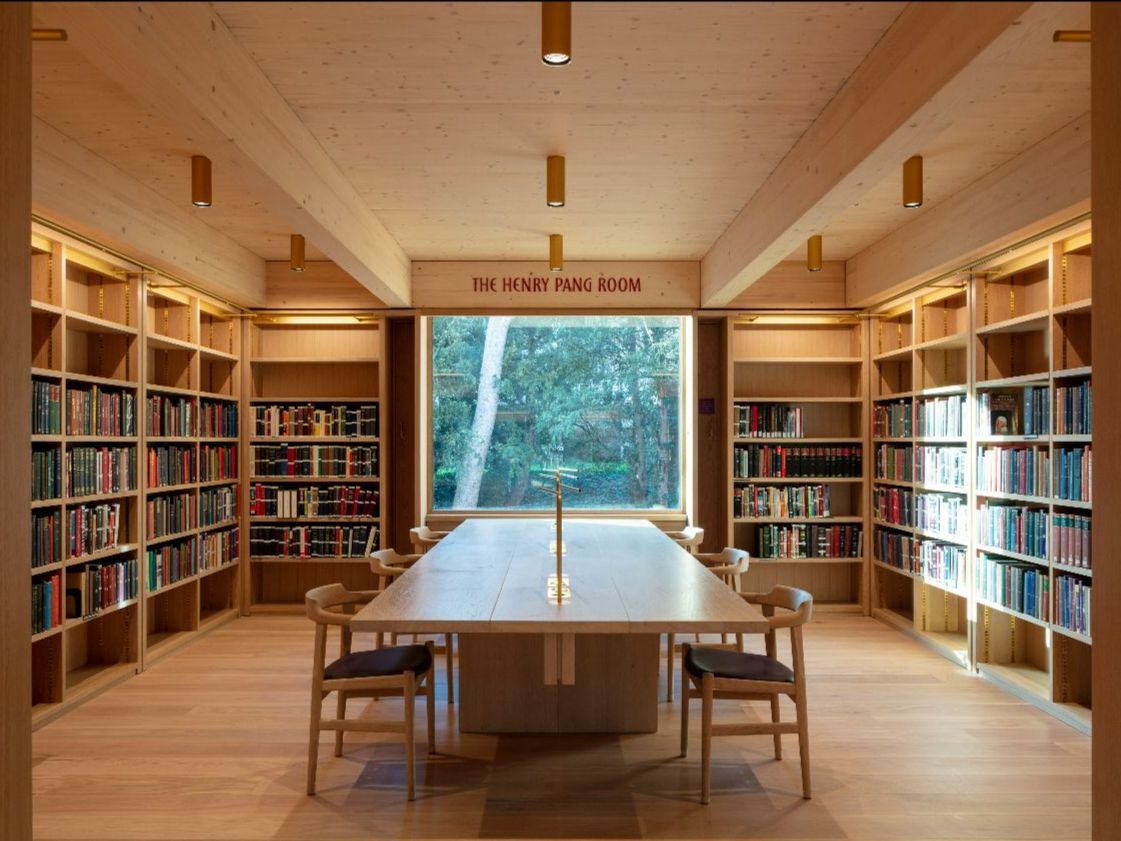 Hear from the architects and engineers as they go into detail on the design and process behind the Magdalene College Library. 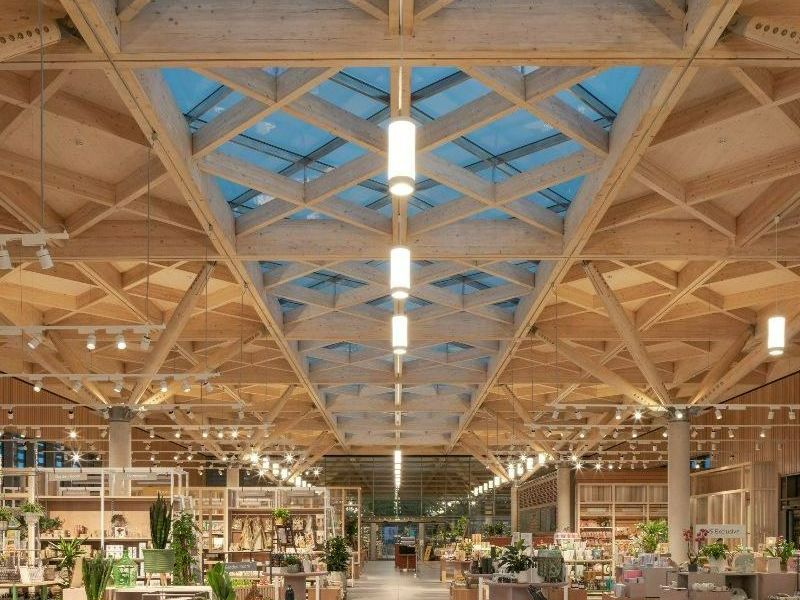 Hear a presentation from the team who built The Welcome Building, RHS Garden Bridgewater and learnt more about the design and processes behind this spectacular building. 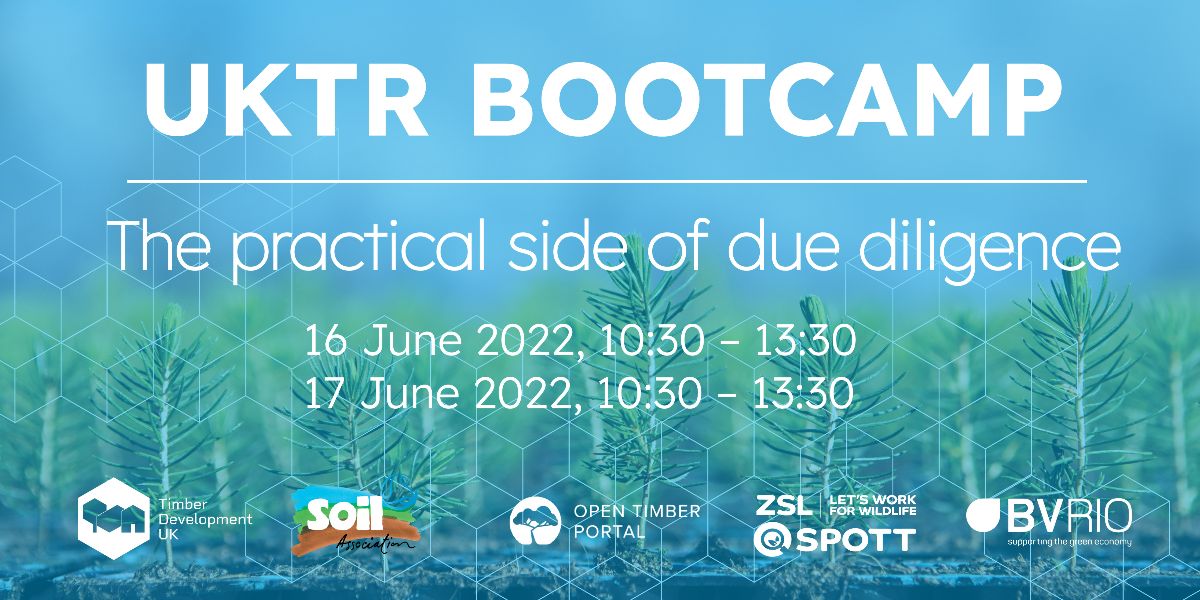 Catch up on the UKTR Bootcamp webinars – An online workshop for UK Operators to understand and implement UKTR diligence in practice. 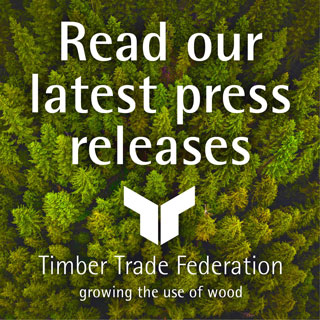 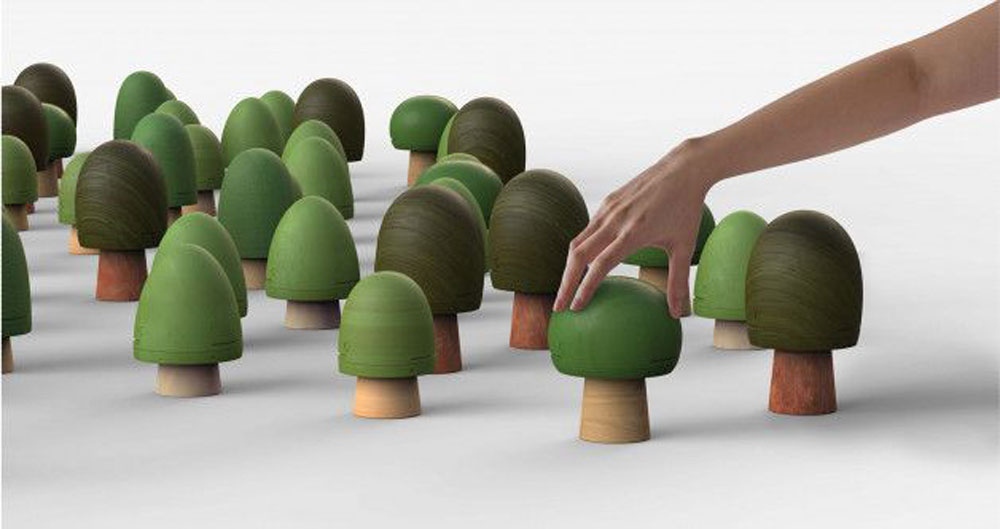 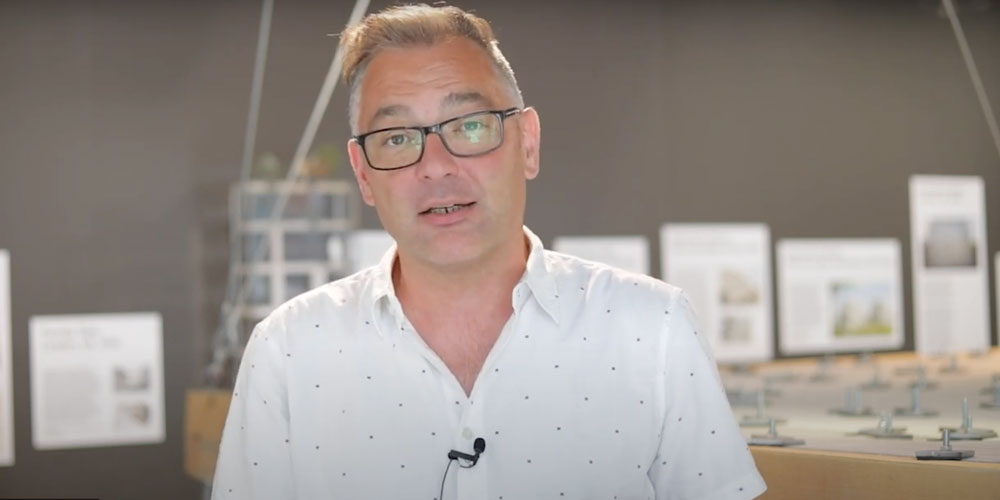 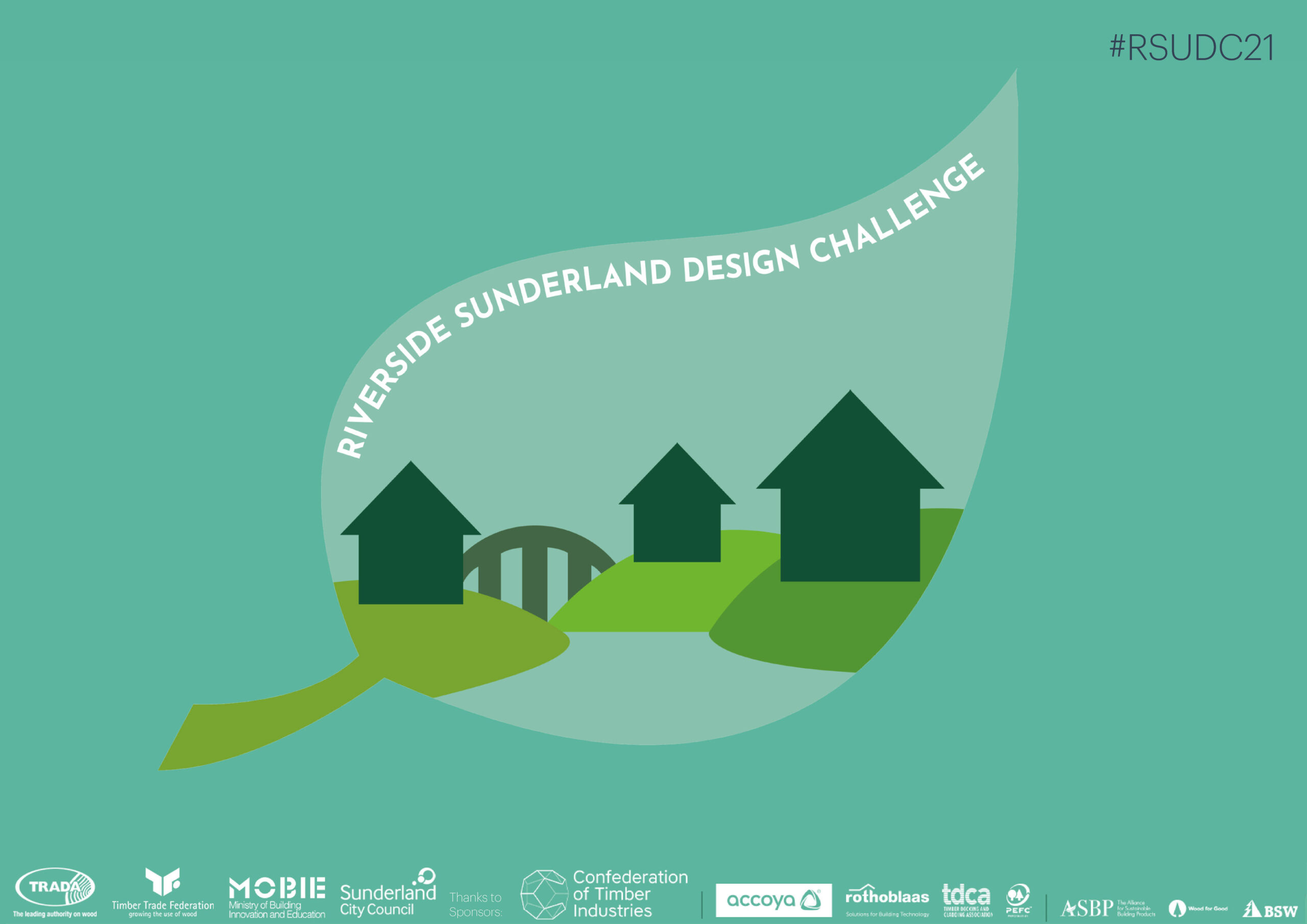 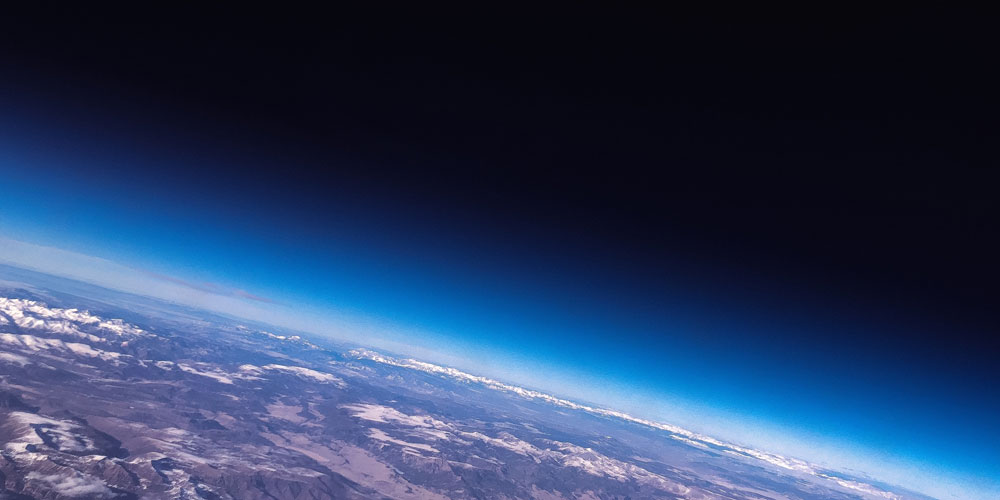