Class Of Your Own Ltd managing director and founder Alison Watson talks about the inspiration behind the Design Engineer Construct! accredited learning programme which is designed to inspire the next generation of built environment professionals.

Class Of Your Own Limited has been delivering one-day workshops and other built environment student engagement programmes to schools/colleges since 2009.

In 2012 it launched its Design Engineer Construct! (DEC) curriculum, an accredited learning programme for secondary-school age students, which has been expertly developed to create and inspire the next generation of built environment professionals.

The programme enables young people from all backgrounds to explore aspirational career pathways and works to establish sustainable relationships between education and industry.

Land surveyor Alison Watson set up Class Of Your Own in a bid to change the way in which the sector engages with children. 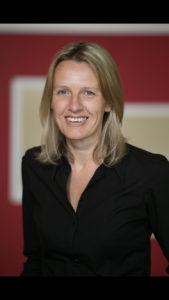 At the time she was working on major school building projects and every time she was carrying out topographical surveys, she found herself being constantly surrounded by pupils who were curious about what she was doing and interested in the kit that she was using.

“It is a pretty cool piece of kit and they would crowd round and want to have a go”, explained Watson. “It really hooked the children in because I was doing something cool with digital technology and it wasn’t what they understood was the norm for anything to do with building.

“Bearing in mind me and my team were employed in the process before any construction activity took place, it was a safe environment.

Surveying uses quite a bit of maths, so we took time during breaks and lunchtimes to show the children how it all worked. The children were saying ‘oh, this is the coolest maths ever, we aren’t taught like this’. I realised they never would be, and probably wouldn’t understand the value of maths in the built environment unless we tried to help them, and their teachers.”

Alison began exploring how STEM subjects were taught in UK schools and the way in which the construction industry engaged with young people.

“I thought there has to be better ways of engaging with young people, as I had just encountered, to get them to see a real positive side to the built environment and the plethora of careers.”

These early experiences inspired Watson to start writing workshops. Her first was called “Class Of Your Own” where children, supported by real engineers, architects, surveyors etc, designed their own mini-school – an eco-friendly classroom where the local community was taught about sustainable living.

“They had real ownership and they were inspired,” said Watson. “They met professionals doing jobs that they had never heard of and they were thinking about how buildings are designed, how the structure was engineered and what materials, such as timber, would be used in construction. We were talking about glulam with children who were only 11 years old.”

And so, the appropriately named Design Engineer Construct! curriculum was borne out of that original Class Of Your Own workshop and Alison devised a programme that came complete with level 1, 2 and 3 qualifications.

DEC is now being delivered to 5,000 young people from Inverness to Newton Abbott. The programme is also delivered in Penang in Malaysia and Dubai, and Watson has had enquiries from Hong Kong, China, Qatar and Saudi Arabia, as well as universities in India which want to use DEC to upskill their graduates. 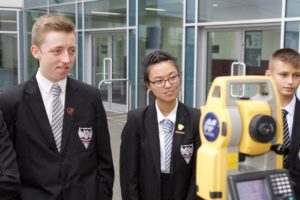 Over the past decade Watson has continued to develop the curriculum and is constantly writing new programmes, including a new infrastructure series to include nuclear and high-speed transport. DEC annual challenges have recently been released as much- acclaimed CREST awards, enabling all schools to access built environment ‘mini’ projects, from the design of a James Bond-themed hotel to a Ugandan village school and most recently, offsite manufactured timber student accommodation for George Clarke’s MOBIE initiative.

While the DEC programme is proving hugely successful, it hasn’t been an easy road for Watson. Outside of DEC schools, most teachers know very little about the construction sector and the careers on offer, and the Government’s education policy is constantly changing.

“In the UK we have to be steered by government policy,” she said. “In addition to existing university pathways, the introduction of new trailblazer apprenticeships and T levels provide even greater opportunities for young people, whatever their academic ability, but it can be a real challenge for parents, teachers and industry people to understand vocational learning and academic equivalency.

There is much pressure on schools to succeed in English Baccalaureate subjects, and indeed they are measured by this. Sometimes that pressure compromises the ability to deliver a subject that is in the vocational space but is firmly academic in its ambition to raise achievement in core STEM subjects and truly dynamic in improving employability, numeracy and literacy skills.

“As an SME we have the agility, not to mention determination, to bend and flex with the times, but I really do worry about how children can discover our industry in the first place if there is little or nothing in their early secondary school years to support them in the longer term. There needs to be a stimulus beyond crossing your fingers that they might meet someone who will inspire them to do something exciting in the built environment. A large number of employers, big and small, want to undertake school engagement that means something and supports actual learning – DEC provides a great basis by which to do exactly that.

The shortage of teachers has also proved a challenge, particularly since Design Technology is effectively the only subject in the curriculum where project-based learning can occur. DT is no longer a Baccalaureate subject and many schools are now closing down DT departments. Since DEC is a natural fit for DT teachers, it too is not getting as many teachers through as it used to.

“The demise of DT is a real shame, however we’re getting around it by training our own,” Watson explained. “From existing STEM teachers to industry professionals, we’ve created an accredited scheme that will go a long way in supporting the future of built environment education. I have seen a lot of changes over the last 10 years, but we have still managed to deliver a way of learning that helps those children who are interested in the built environment to get the best out of their education.”

She believes that some Government officials have never quite been able to fathom what to do with the construction industry, as its long been considered a ‘last resort’ low level career destination for ‘those who can’t’. She says she would love a one-to-one with Theresa May.

“I would ask Mrs May and her cabinet to spend even a day at a DEC school to see what our teachers and students are capable of, and then tell me what construction is. For me, it’s an industry for those who can. There’s never been a more exciting time to join this exciting digital sector.”

Despite the challenges, the programme has continued to provide opportunities for young people, paving the way for “glorious” construction careers for youngsters from a wide range of backgrounds.

“We’re shouting from the rooftops about our students,” said Watson. “We treat all young people as equals, all deserving the same chance in life. From those who were written off as low achievers or even expelled, to those that are at the top of the academic tree, we have great examples ofyoung people who’ve made it. Some go to university to study architecture or structural and civil engineering, and some go straight into advanced or higher apprenticeships at 16 or 18.

One thing they all have by the time they leave school is a fantastic attitude, an amazing portfolio and a genuine appetite for our industry.”

Watson’s motivation has always been making a difference and the success of DEC’s students speaks for itself.

“I was speaking at an event recently and we had three of our students there. All three of them came up to me afterwards and said thank you so much, it has changed my life,” she said. “Some of these are young people who had low self esteem or a lack of aspiration and now one is working as a digital engineer, another is a QS and the other has taken a position in design management. One said ‘thank you so much, without the programme I don’t know what I would be doing now but I sure as hell wouldn’t be doing this.” 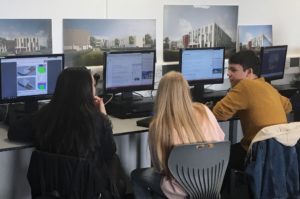 There is no doubt that there are not enough young people coming into the industry and the skills shortage has been hitting the headlines for a fewyears now.

Watson believes that the main issue is that children aren’t being engaged early enough and the sector is relying on “the same CSR type work that has been going on for 20 years” and is failing to impact on the wider school curriculum.

“It is not a skills gap with young people, because they have the digital skills, the 21st century skills that our industry needs,” she said.

“If we wait until children are 16 to give them a pathway into our industry, it is too late because they have already made a decision about where they want to go. You don’t wake up at 16 years old and think ‘oh, now I’m 16, I just know I was born to be a QS’.

“I think the problem is there remains a huge gap in awareness of how young people can use the skills they have. For example, a 12-year-old has got some phenomenal digital skills that we could really harness, but existing pre-16 school education simply encourages them down the route of computer science. It’s a subject that many are turned off by as the subject matter can be pretty dry.

“We have to stop talking about education and skills in isolation – with the right approach, both can co-exist and be nurtured in the classroom. I think that our Government, our industry and indeed our schools, are not seeing that they should be talked about in the same sentence. 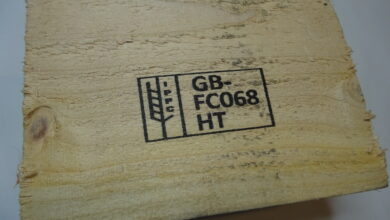 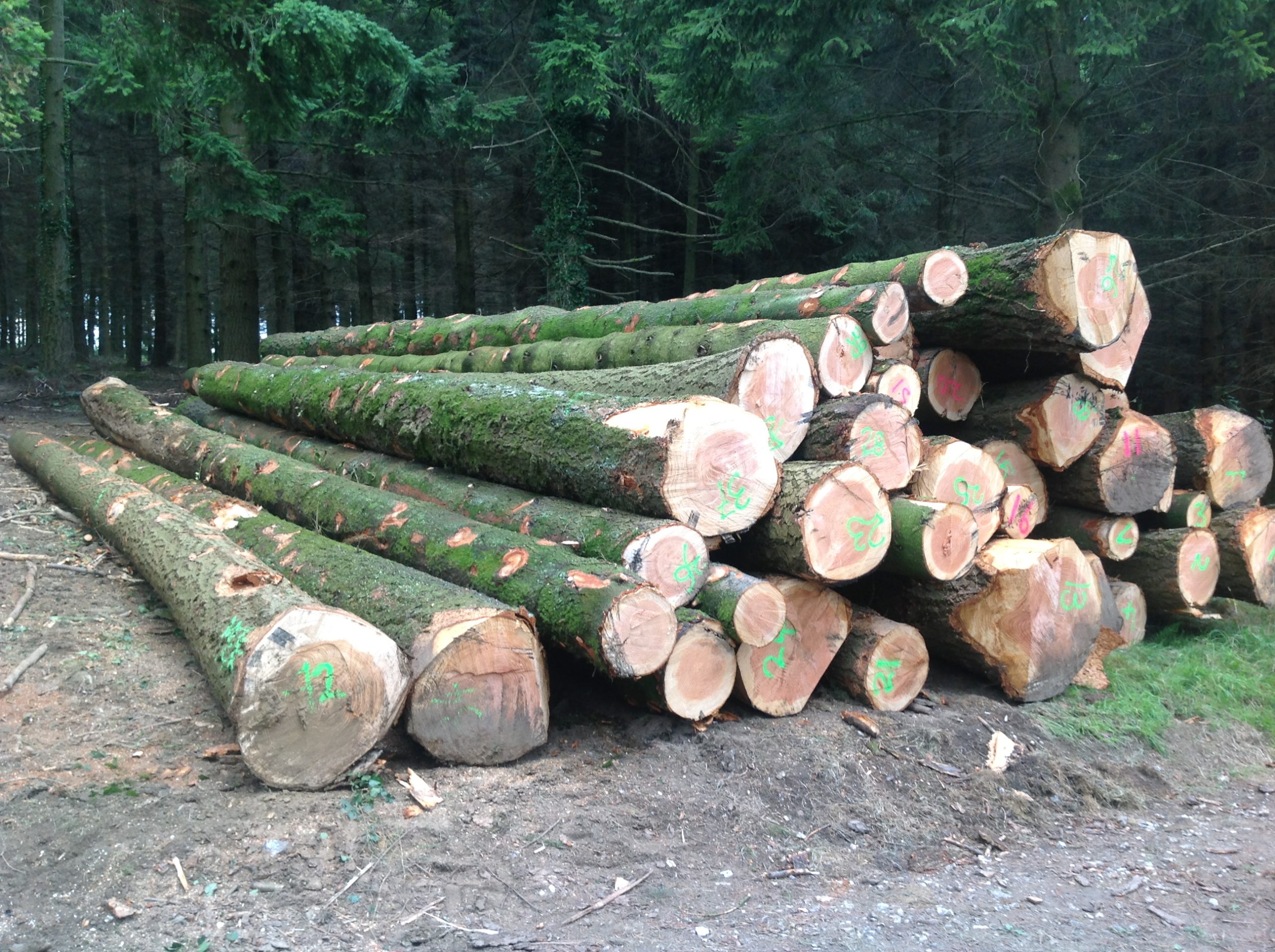 Grown Britain: Use in Britain 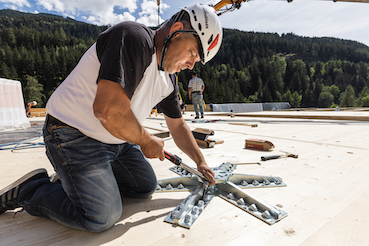 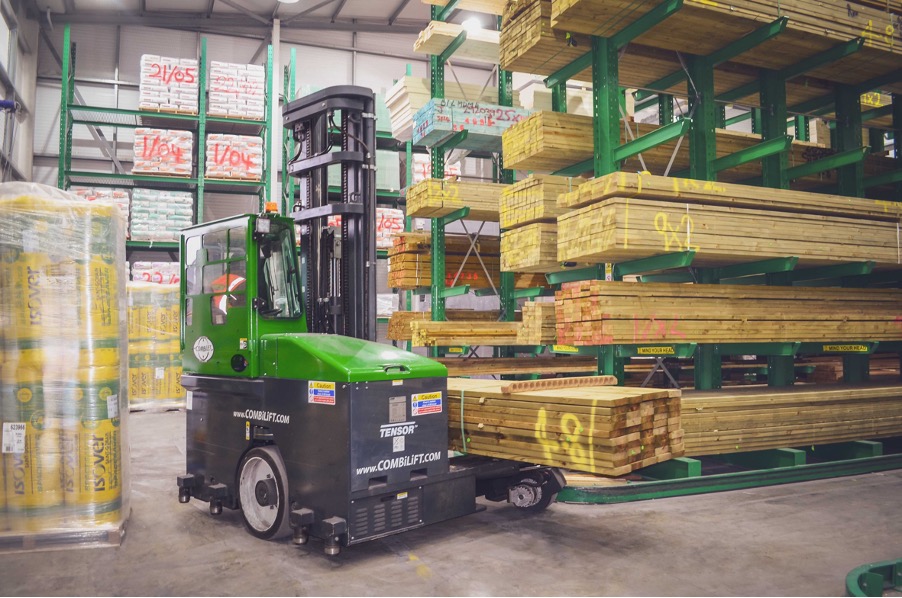 Combilift and timber – a perfect combination