“There is a chance that climate change is going to beat us.” said Tom Barnes, MD of Vastern Timber, speaking at the Sylva Wood School in Oxfordshire.

Tom was asked to speak to students about challenges and opportunities for the British timber industry. “We want to plant all of these trees to try and combat climate change, but there is a good chance that climate change is going to beat us. It’s going to encourage pests and just the few degrees increase in heat could kill everything that we plant.”

“It’s depressing.” he said “You can sugarcoat this stuff but we all have to be aware that we are in the thick of a serious problem here, with diseases like ash dieback. Our second biggest specie, ash, is dying around us. I watched very early in my career all the elm die. And now it’s happening with ash. Oak is really really struggling. It’s depressing. And in society, people have this monopoly view of protecting woodland which always means you must leave it all standing, and you must just ‘hug’ it.”

The Summer School was held at the Sylva Wood School, and hosted by Gabriel Hemery, CEO of the Sylva Foundation. The Sylva Foundation is a charity that helps trees and people grow together. The summer school, for female and non-binary design graduates, was supported by the Forestry Commission and Grown In Britain.

The students heard five short talks, from people involved at all stages in the British timber supply chain, from foresters to furniture makers. Tom had been asked to talk about challenges and opportunities, but changed the subject to British timber: an emotional rollercoaster.

He said “The Forestry Commission does surveys, and more and more people say you should just let nature take its course and nature will do its thing, well it doesn’t work like that! And so then you’ve got no wood to build your building you have to end up using concrete and steel and plastic.”

“We’re talking about being carbon neutral by 2050. By then the global GDP is set to grow by about 130 percent. The building stock will double, they’re reckoning, by 2060. So let’s start thinking about what we are going to make these buildings out of? We need buildings, everyone wants a home, people need places to work. We’ve got to build them out of something. You can be as environmentally minded as you want but everyone wants a building to be in.”

Supply chains are in sharp focus

“What’s really struck me recently is how much people start talking about supply chain because they can’t get stuff. Stuff like toilet rolls, and fruit in the supermarket and all the stuff that people expect to have available.We’re having a massive shortage of wood in this country as well. It’s drying up and in many cases it has dried up, so people are now becoming aware of the supply chain.”

“Clearly, we can’t we can’t clearly replace all of that £7.5 billion of timber the UK imports. But we can replace some of it and people are asking the questions so it’s shaking people out of their status quo. They’ve got to go looking for something else so they start asking the questions, and that’s the first step to get people to change.”

“So we’ve got a massive opportunity and it won’t be here forever because the market will sort itself out. But we have an opportunity to actually push our stuff in front of people and also people I think intrinsically now understand that trying to keep things local is just a sensible thing to do.”

After the talks, Tom joined a summit with a range of stakeholders convened by the Sylva Foundation, including the Forestry Commission, National Trust and Grown in Britain, to discuss the future of the British timber supply chain. More information on the outcomes of these talks will be published at a later date.

To see Tom’s talk in full, visit his blog: https://www.tombarnesblog.com/british-timber-an-emotional-rollercoaster/ 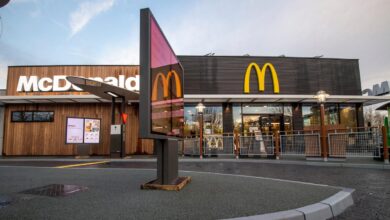 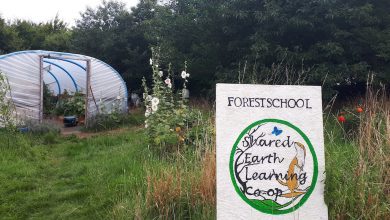 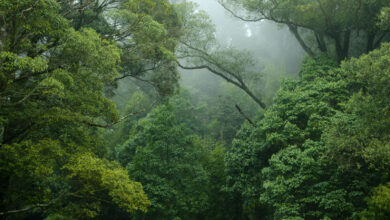 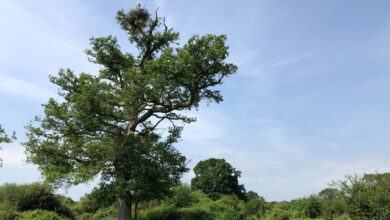 Wood for the Trees film shows rewilding at Knepp