BIM adoption reached a high point this year according to the annual NBS National BIM Report 2017, seeing the most rapid growth since 2014 but there is still a way to go before the timber sector as a whole is confident in its use.

The use of Building Information Modelling – or BIM to give to it its common name – has grown rapidly in the UK in recent years, largely driven by the Government mandate for public sector projects to comply with BIM Level 2 by April 2016.

Digital Built Britain, launched in October last year, aims to build on that to create “a digital economy for infrastructure, buildings and services”. The partnership between the Department of Business, Energy and Industrial Strategy and Innovate UK aims to transform how the UK construction industry and operations management professionals approach social and economic infrastructure through digital technology, continuing the work of the BIM Task Group programme, which was set up in 2011 to deliver up to 20% savings on costs of major projects.

“The use of the UK developed BIM standards is transforming the $10 trillion global construction sector towards improved productivity, competitiveness and efficiency and providing growth for UK small businesses at the forefront of this technology,” said Simon Hart, BIM Task Group, Innovate UK.

“Historically the construction industry has been one of the least digitalised sectors, relying on traditional design and construction methods to deliver projects. However, in recent years this has started to change with the industry accepting that to deliver projects in the most efficient way it must embrace new technology and digital working,” said Stewart Dalgarno, director of product development at Stewart Milne Timber Systems.

“One of the major changes which have come to the industry is the introduction of BIM, which is a collaborative digitally enabled design and construction process which uses 3D modelling to deliver a project, across multiple professions and trades, from concept to facilities management.” Over 60% of design practices use BIM, a figure which is expected to rise to 95% within three years, according to the annual NBS National BIM Report now in its seventh year.

The report – one of the industry’s most comprehensive reviews into the use of BIM – shows that awareness of BIM is near universal and 78% see it as the future of project information. Confidence is increasing with over half (55%) describing themselves as confident in BIM, the report says, compared to 35% in 2012 but 90% said BIM adoption requires changes in workflow, practices and procedures.

While understanding and usage of BIM has clearly grown rapidly in recent years in the wider construction sector, there is still some way to go within the timber supply chain where only a small percentage of companies are BIM ready, according to research from Stewart Milne Timber Systems.

The majority of BIM-ready companies are large players, said Dalgarno, with small to medium-sized companies being left behind. In a bid to address this issue, Stewart Milne Timber Systems worked with CITB through its Flexible Funding – Innovation pilots to carry out a 12-month study assessing the BIM readiness of small and medium-size builders.

A survey of the house building companies supply chain revealed only 2% of respondents were BIM ready and just 32% of companies were aware of BIM. “This has brought into sharp focus the work which needs to be done to ensure that companies have access to the necessary BIM content to develop BIM 3D models which they can use to great benefit,” said Dalgarno.

As part of the project Stewart Milne Timber Systems has designed and launched the first timber frame BIM library in the UK. It features 102 of its products including walls, floors and roof products and is free to download. “Part of the challenge of bringing BIM into mainstream construction practice is a lack of available products or systems in an accessible, useable format for clients, designers and construction professional to use,” said Dalgarno.

“We’ve worked closely with the BIM Store, the UK’s leading BIM content and hosting creators, to develop this library and it will help designers and architects build 3D models in AutodeskRevit, in a fast and accurate manner, helping them reduce their effort and improve accuracy, from concept to detailed design.” 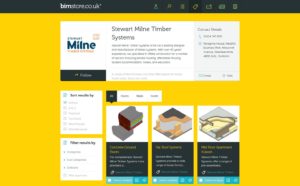 The use of the library will reduce lead-in time on a timber frame project by as much as a month explained Dalgarno, reducing error, reworking and requests for information by removing the need for a three-stage ‘back and forth’ design process between architects and Stewart Milne Timber Systems’ design team. Instead, accurate 3D models can be prepared immediately after downloading content from the BIM library, providing a platform for clash detection, reducing sites costs and delays incurred when unforeseen clashes arise on site.

Stewart Milne Timber Systems plans to further refine, test and challenge its progression to digital working, increase its BIM maturity levels and grow its BIM Library. “It’s encouraging to see the recognition from the industry of the benefits offered by innovations like BIM and digital working,” said Dalgarno.

“Getting the whole supply chain ready to take advantage of it, not just the bigger companies with the resources to invest, will be key to delivering the benefits to the most important part of the construction sector– the end user.”

KEY FINDINGS FROM THE NBS SURVEY 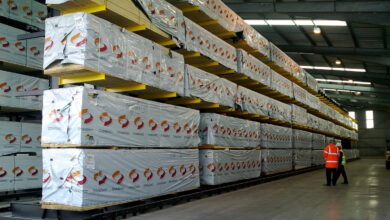 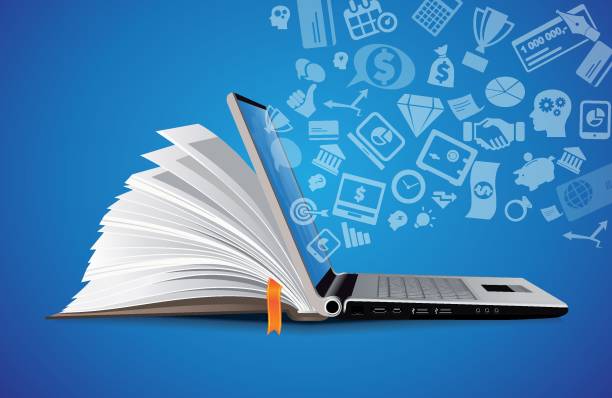 Online Training is Essential for Everyone 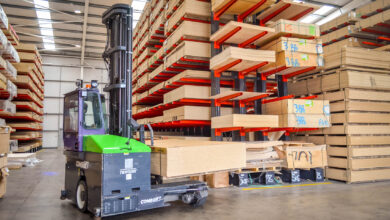